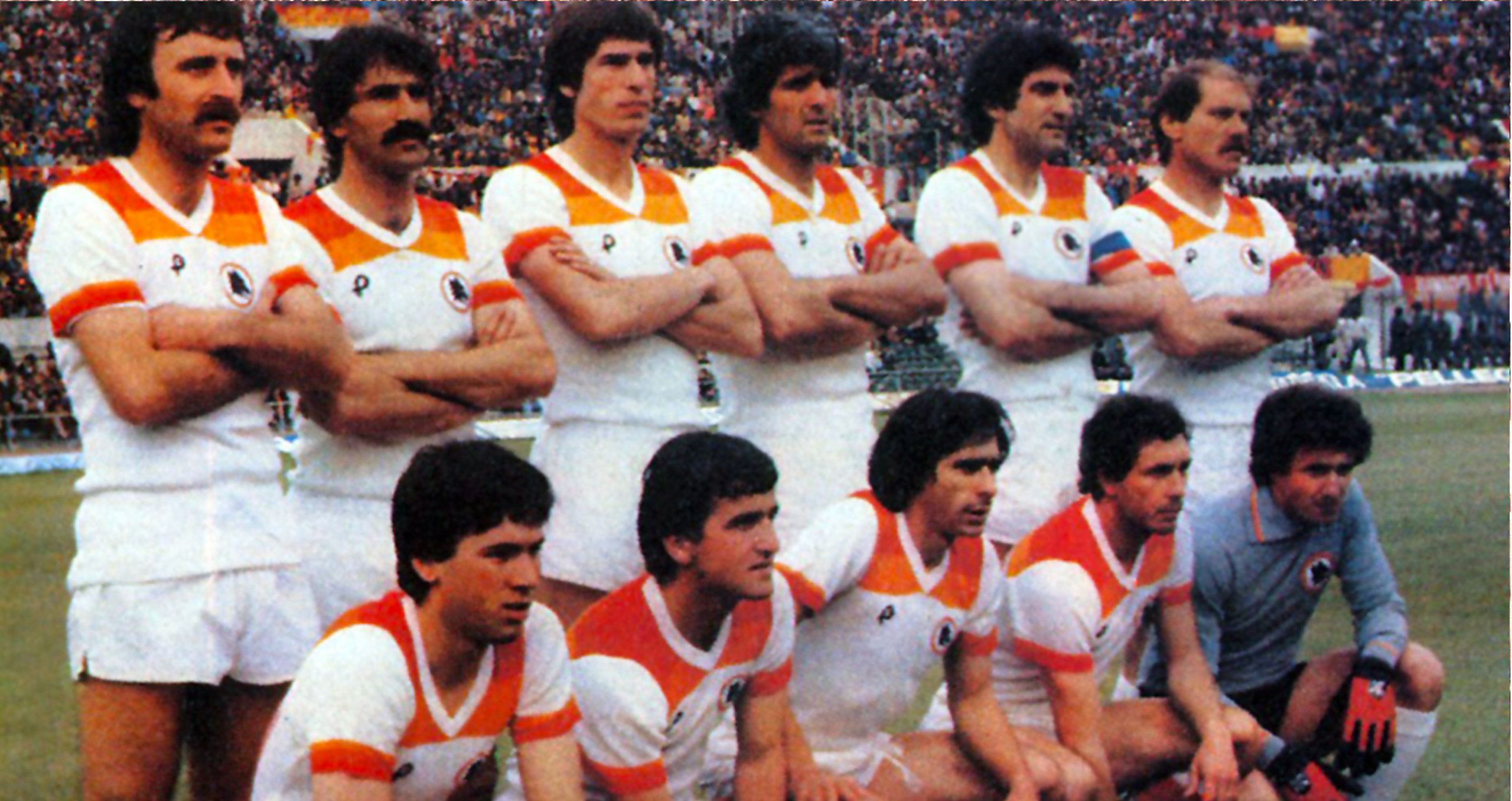 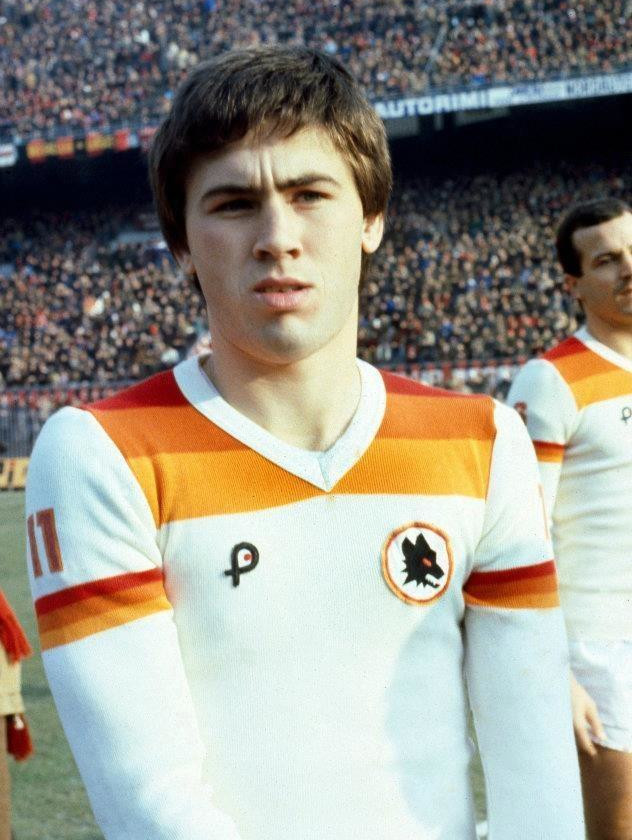 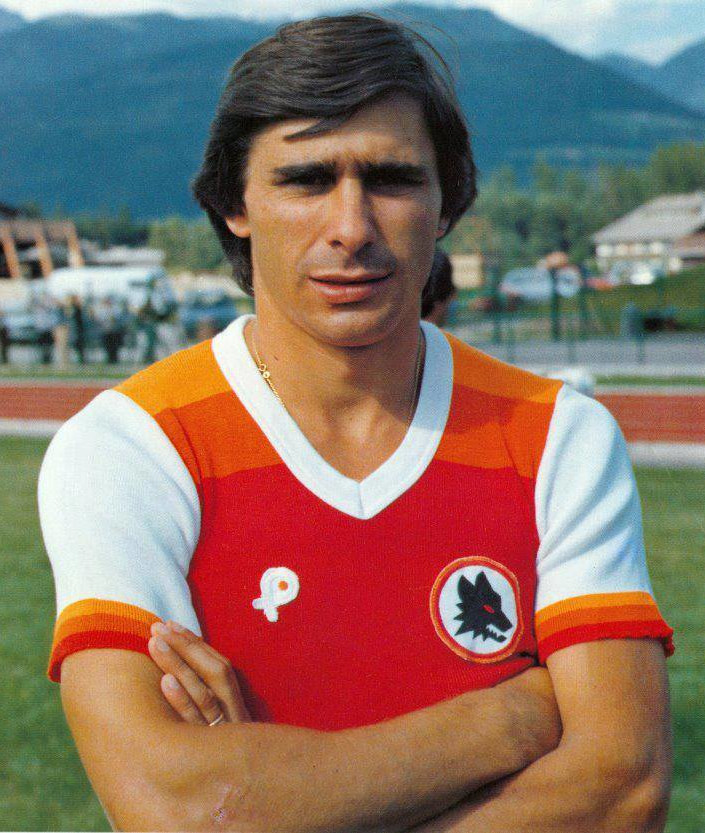 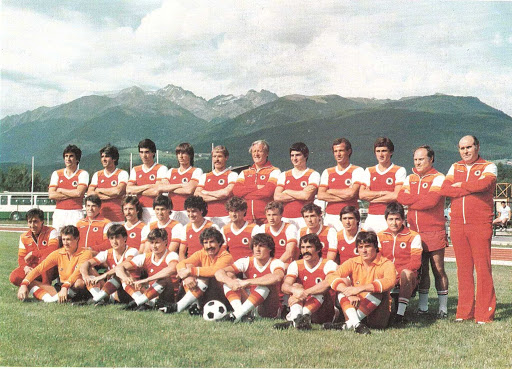 In the 1978-1979 season Roma switched from adidas to Pouchain as the technical sponsor. Pouchain reached an agreement with Gaetano Anzalone for the production of the new uniforms that will mark an unmistakable stylistic two-year period in the history of AS Roma. Pouchain created a revolutionary jersey that soon earned the nickname of “popsicle jersey”. The body was largely covered by the red color, much lighter than in the past, while on the shoulders it gradually changed to orange. The three shades were also taken up on the edge of the white sleeves and on the socks. The shirts became legendary because of the creation of the new club logo from designer Piero Gratton.